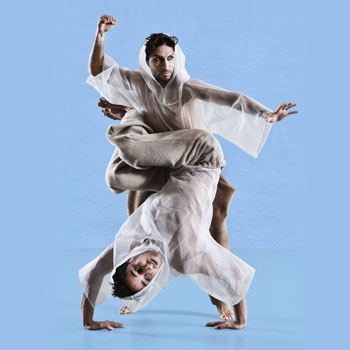 ‘The Ritual’ is a visual journey where dance, music and lights merge into a unique hybrid of man and nature’s primordial forces. In the performance the original culture of the inuits and its connections to the supernatural is combined with the raw, urban culture of hip hop and break dance.

For many years, drum dancing, has been used as the administration of justice in the Inuit culture and disputes between two groups was that way resolved through dance. In break dance battles are where the fighter spirit is transformed into a distinctive artistic expression.

Have a sneak peak here.

“Lene Boel has created a complete and integrated performance, which in the most gifted way combine the culture of the inuits with the culture of hip hop…” and “The Greenland- inspired hip hop performance by Lene Boel named Ritual, is spot on with a wide appeal to the audience…”
Majbrit Hjelmsbo, Weekendavisen